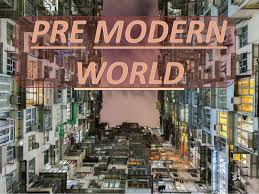 Hello ,dear students  we are providing you , very important  matter of History class 10 of very famous Aakash Institute and Catalyser Institute for you.It is also useful for NTSE , study these matter and comment  what you felt.  so that we inspire for more job.

Q. What is Silk route and what was its importance

Q.  Which food was introduced by Christopher Columbus discovered America

Ans.   foods such as potatoes, groundnut, maize, tomatoes,chillies, sweet potatoes, and so on were not known to our ancestors until about five centuries ago. These foods were only introduced in Europe and Asia after Columbus accidentally discovered the continent that would later become known as the America. These foods come from America and American original inhabitants the American Indians.

Q. Who took pasta to fifth century Sicily an Island now in Italy?

Q. What is El dorado

Ans.  El dorado was the fabled city of gold

Q.  How the new crops could make the difference in over all lifestyle of people?

Ans.  sometimes the new crops could make the difference in overall lifestyle of people.

Europe’s poor begin to eat better and live longer with the introduction of the humble potato.

Ireland tourist visa dependent on potatoes that when disease destroyed the potato crop in the mid- 1840 hundreds of thousands died of starvation.

Q. How Spanish were able to conquer America which weapon is Spanish used?

Ans. In fact the most powerful weapon of the Spanish conquerors was not a conventional military weapons at all. It was the germ such as those of smallpox that they carried on their person. Because of their  long   isolation. America’s original inhabitants had no immunity against these diseases that came from Europe. Smallpox in particular proved a deadly killer.  Once introduced, it spreaded deep into the American continent, ahead even of any European reaching there. it killed and decimated whole communities of America, paving the way of conquest.

Q. Why and which group of people started to move America from Europe?

Ans. Until the 19th Century poverty and hunger were common in Europe.  Cities were crowded and deadly diseases were widespread. Religious conflicts were common because of these reasons

many religious dissenters started to move to America.

Q. Which were among the world’s richest countries in 18 th century?

Ans. Until 18th century China and India were among the world’s richest countries.

Q. Who is Dissenter?

Ans. Dissenter- one who refuses to accept established beliefs and practices.

Movement of Goods, Labour and Capital

Rinderpest and Conquest of Africa

Indentured Labour and Their Condition

Ans. Economist identify Three Types of movement or flows within international economic exchanges the First is the flow of trade which in the 19th century referred largly to trade in goods e.g. cloth for wheat. Second is the flow of labour the Migration of people in search of employment . Third  is the movement of capital  for short term or long term   investments over long distances.

Q. Why the prices of the food grain went up in Britain?

Ans.Population growth from the late 18th century had increased the demand for food grains in Britain. As urban centres expended andindustry grew ,the demand  for Agricultural Products went up , pushing up food grain price.

Ans. Restrictions of the import of corn from other countries by the government is known as Corn Law. It was done by British government .

Q.    What was the impact of the scrapping of CornLaws ?

Ans.    After the corn laws scrapped, food could be imported into Britain more cheaply then it could be produced within the country. British agriculture was unable to compete with imports.

Vast areas of land were now left uncultivated thousands of men and women were thrown out of work. they flocked to the cities or migrated overseas.